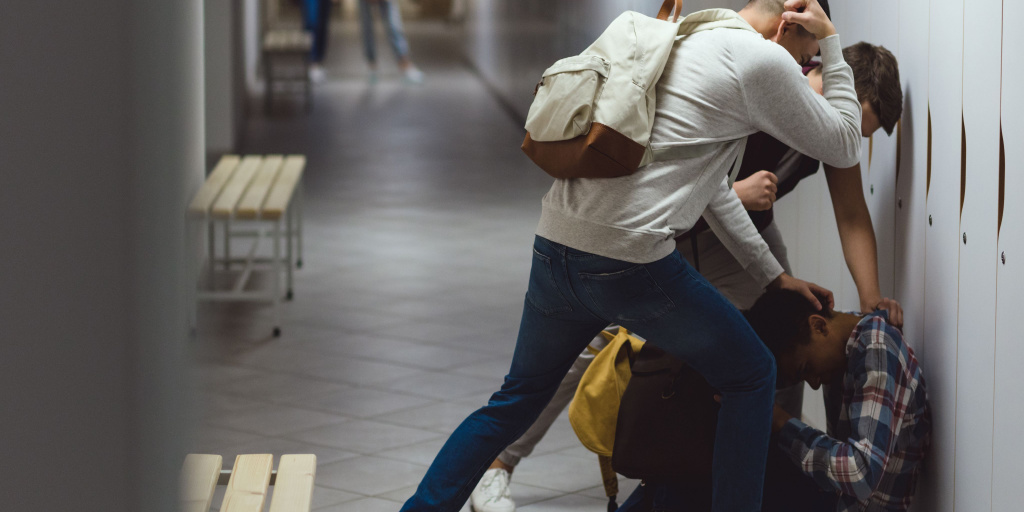 Written for The Firearm Firm by Ace Luciano

In the previous article, “HOW YOU CAN HELP STOP SCHOOL SHOOTINGS IN AMERICA,” we discussed how educating children on firearms and firearm safety can reduce the incidence of school shootings. In this article we focus on how to stop bullying to prevent additional tragedies.

As a father of four, a former martial arts instructor, scout leader, and someone that has introduced and taught well over 10,000 youth to shooting and the shooting sports, I have learned a few tips and tricks to help- and continue to learn more every day.

School shootings can often be traced back to previous bullying in school, with shooters being either victims or perpetrators. School officials have estimated that 3.2 million students report being bullied in school each year. Bullying in school is a severe issue, and without proper support, victims of bullying tend to become increasingly isolated, and some contemplate suicide or further violence.

The most common reasons for school shootings include:

-Shooters want to get back at those who hurt them

-Other students mock or bully the shooter

-Shooters do not value life

In making connections between bullying and school shootings, school officials continue to implement preventative measures to keep students safe. This connection also includes cyberbullying (bullying applying digital media including text, video, and audio communication). School shootings most commonly result from disputes and grievances and may result from bullying in school.

Here is what we know about this relationship:

-87% of students have witnessed cyberbullying of another student.

-16.2% of teens report having cyberbullied another student at least once.

-72% of students have been bullied on social media for their appearance or body.

-36% of high schoolers do not tell anyone about being bullied.

-Students keep quiet because both teachers and parents have told them that tattling is bad and the fear of retaliation.

-Physical bullying is most prevalent between the fourth and eighth grades.

-Risk factors include three levels of interaction – the individual, relationships, and the community.

As you can see, there is a direct relationship between the shooter and real or perceived bullying, whether that is “in-person” or online.

How you can stop bullying and help reduce school shootings

“When you cut off the head of the snake, the rest of the body is not a threat.”

There are several steps that you can take to stop bullying, the most important of which is to have an absolutely ZERO tolerance for it in your home. Teach your children that bullying is wrong in every instance, and that they are doing the right thing by either intervening or, if not comfortable with a live or virtual confrontation, immediately bringing it to the attention of a responsible adult.

Other important steps that can help stop bullying: Enroll your children in some form of “combat sport” such as karate, jiu-jitsu, boxing, wrestling, etc.
This can help in many aspects of your child’s life, as they are all proven to boost the confidence levels in almost all participants, as well as teaching valuable skills such as conflict resolution, de-escalation techniques, and, ultimately, the ability to physically defend themselves if necessary. They are also safe, fun, and good for your child’s overall physical health. Most places will let you “try before you buy” to see if your child enjoys the activity and avoids resentment both ways. Most importantly, don’t force your child to do something they don’t like. If you or your child are uncomfortable with these types of sports, there are plenty of others. Participation in ANY sport can help to give your child many social, physical and mental abilities that can serve them well in life- and at the same time reduce their screen time! Monitor your child’s online activity, websites, and interactions.
The internet is far from a “harmless” place for your child to roam. Violent content, social media programs, and the ease with which both can be accessed should be of grave concern to every parent. Combine that with the fact that practically every child carries a computer/camera/video camera in the palm of their hands every day means that embarrassing, inappropriate, and, yes, even illegal behavior can be instantly shared on the world wide web with little thought or effort. The fact that almost 9 out of 10 kids have witnessed “cyberbullying” makes this a necessity, as online bullying has been a proven motivator in school shootings.
Many parents are concerned about their child’s privacy in these situations, and those concerns have at least some validity. Be open and honest with your children and talk to them about trust, communication and consequences. “Back in the day” we monitored our children’s phone usage by having them talk in a common area like the kitchen or living room. The changes in communication methods require a new plan. At a minimum, tell you children that their computer use will only be in a common area and you will be in absolute control of their access.
The folks at “Big Family, Organized Chaos” blog have compiled a list of the top 10 programs to both protect and monitor your children’s activities online. (https://bigfamilyorganisedchaos.com/free-apps-for-parents-to-monitor-social-media/) Some even have keystroke logs so that you can review exactly the interactions your child is having with others. Something your child might believe to be “funny” or “no big deal” can have serious and even DEADLY consequences for them or people they know. Be “That Parent.”
Visit your children’s school. Join the PTA. Talk with their administration and teachers. Learn about the school’s policy regarding bullying, cyberbullying and the steps they take when it becomes known that a student is being bullied or is doing the bullying. If you can’t make a regular “parent-teacher conference” (many are now held during the working day), set up a separate meeting with each of your child’s teachers. Ask about their behavior and activities at school. Find out who they hang out with and what those children’s behavior is like. Meet their parents and, if those children’s behavior is not appropriate or similar to the behavior you want your child to exhibit, step in and either meet with parents to address it or, if necessary, isolate your child from that influence.
Wash-rinse-repeat- this means that this is not a “one-time” thing, but, rather, a continuous journey that you will be taking with and for your child.

By eliminating one of the largest REASONS for school shootings, we can all help to REDUCE school shootings. It’s not always easy, but it is certainly worthwhile for the safety of our children and society.