Home » Firearm Firm Blog » Protect Yourself When Going Out To Party! 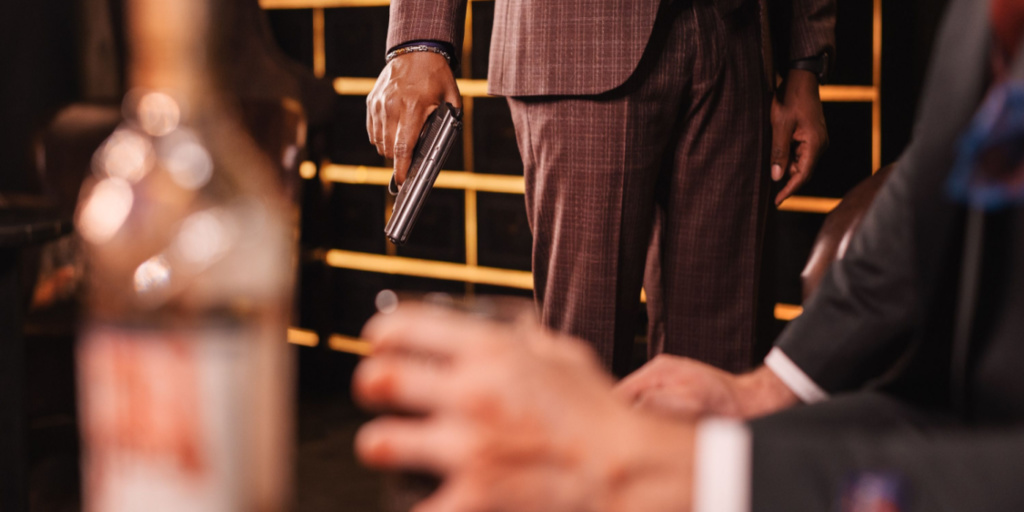 Protect Yourself When Going Out To Party!

According to a recent story in the Miami Herald, around 2:00a.m., this past Sunday, July 31, 2022, patrons of the bars and restaurants located on Wall Street in downtown Orlando found themselves running for cover as a man opened fire into the crowds after a large fight had broken out.  Although 7 people received injuries requiring hospitalization, thankfully no one was fatally wounded.  As of today, the mass shooter has yet to be identified.  This latest mass shooting may have left you asking what you can do to protect yourself when going out for a night on the town without ending up on the wrong side of the law.

Protect Yourself – Carrying a Concealed Firearm

Without a Concealed Weapon or Firearm License (CWFL), Florida law limits where a person can carry a firearm on their person to very specific locations such as one’s home or work place or while fishing, camping, or lawfully hunting including travels to and from such activities..  Therefore, the first step to being able to protect yourself with a firearm outside of these limited locations and activities is to obtain a CWFL. Florida Statute § 790.06 authorizes an individual who possesses a valid CWFL to carry on their person a concealed “…handgun, electronic weapon or device, tear gas gun, knife, or billie…” Although a CWFL allows an individual to carry other weapons besides a handgun, we are only going to discuss carrying a handgun in this article, since as we all know you should never carry a knife to a gun fight.

Even when a person possesses a valid CWFL, there are limitations on where a concealed handgun can be carried.  Knowing where a concealed handgun can and cannot be carried is essential for anyone who is making plans to go out for the night. Another important consideration is the kind of activity the CWFL holder will be doing at the chosen location. More than likely anyone visiting Wall Street (a small block in downtown Orlando with lots of bars) for a night out on the town will either be visiting a bar, restaurant, or both. Furthermore, it is likely the activity will involve consuming cold adult beverages containing alcohol.  So, will the location or the activity prevent a CWFL from being able to carry a concealed handgun for protection?

Protect Yourself – The Location

Florida Statute § 790.06(12)(a)(1-15) lists the places that a CWFL holder is not authorized to carry a concealed handgun.  Included in the list of prohibited places is “any portion of an establishment licensed to dispense alcoholic beverages for consumption on the premises, which portion of the establishment is primarily devoted to such purpose;” Fla. Stat. § 790.06(12)(a)(12). This precludes anyone planning on going to the bars on Wall Street from carrying a concealed firearm, regardless of whether he or she is planning on consuming alcohol. However, if the CWFL holder is only planning on visiting on of the many restaurants located near Wall Street, as long as the CWFL holder does not sit in the designated bar area of the restaurant, they may carry a concealed handgun on their person in the dining area of a restaurant.

Protect Yourself – The Activity

A CWFL holder can sit in the dining portion of a restaurant with a concealed handgun and drink alcoholic beverages to the point of being intoxicated without breaking the law as long as the handgun remains in its concealed location and out of the hand of the CWFL holder.  The same applies to anyone walking up and down Wall Street as long as they do not enter a bar.

Florida Statute § 790.151 makes it second degree misdemeanor, punishable by up to 60 days in jail, “for a person who is under the influence of alcoholic beverages, any chemical substances set for in s. 877.11, or any substance controlled under chapter 893, when affected to the extent that his or her normal faculties are impaired, to use a firearm in this state.” The statute goes on to define “to use a firearm” as discharging a firearm or having it “readily accessible for immediate discharge.” Subsection 2 of this statutes reads “for the purpose of this section, ‘readily accessible for immediate discharge’ means loaded in a person’s hand.” So a CWFL holder can be intoxicated at the dinner table in the dining area of a restaurant and not be in violation of the law by having a loaded handgun concealed on their person as long as it stays out of their hand.  The same applies to someone who is walking on Wall Street intoxicated as long as they do not enter a bar.

Use a Firearm for Self-Defense

How does this help an intoxicated CWFL holder during a mass shooting if they cannot have their concealed handgun in their hand to defend themselves? Because Florida Statute § 790.151(5) specifically provides, “This section does not apply to person exercising lawful self-defense or defense of one’s property.” Therefore, an intoxicated CWFL holder sitting in the dining area of a restaurant or walking on Wall Street could have legally used their concealed handgun to stop the mass shooter without committing a crime.   Please note although consuming alcohol and possessing a concealed handgun may not be a crime under certain circumstances, the attorneys of Katz & Phillips, P.A. strongly discourage the mixing of alcohol and firearms and advise not to carry a concealed handgun if consuming alcohol.  Further, a person who is intoxicated might do more harm than good if the alcohol affects their ability to target the assailant and hit the proper target. Potentially, the designated driver of the group might want to consider being the designated defender.

Can a CWFL Holder Who is in Violation of the Law Stop a Mass Shooter?

The short answer is yes, but the CWFL holder is going to have more hurdles to overcome than they would if they were not in violation of the law.  Florida Statute §776.012(2) allows a person to use deadly force to protect themselves or others as long as it was reasonable to believe that the use of deadly force was necessary to prevent imminent death or great bodily harm or to prevent the imminent commission of a forcible felony.  Under this statute a person who is justified in their use of deadly force has no duty to retreat before employing deadly force so long as they are not engaged in criminal activity or in a place they do not have the right to be.

A CWFL holder who is in a prohibited place is committing a second degree misdemeanor and therefore would be involved in criminal activity.  Fla. Stat. §790.06(12)(a)(15)(d). Therefore, if the CWFL holder is in violation of the law, i.e. in a bar, the CWFL holder would be required to retreat before using deadly force to stop the mass shooter.  There are two exceptions to this requirement however.  The law would only require that CWFL holder to retreat if they had the opportunity to do so and if retreating would not expose them to death or great bodily harm.

Protect Yourself – Is There an Opportunity to Retreat?

Protect Yourself When There is an Opportunity to Retreat! Ask Yourself – “Can I Retreat Safely?”

The second exceptions concerns whether or not the person using defensive deadly force would be exposed to death or great bodily harm by attempting to retreat when there is an escape route.  For example, instead of the mass shooter blocking the only entrance/exit to the bar, the mass shooter is in another portion of the bar leaving the CWFL holder an unobstructed path to the bar’s exit.  Although the CWFL holder would have the opportunity to retreat, the question remains, “would he be required to prior to using deadly force?” No, he would not! Why, because the mass shooter has a gun and it is reasonable to believe that the CWFL holder could be shot while trying to run out the door.  Therefore, the CWFL holder would be exposed to death or great bodily harm if he tried to retreat. If retreat cannot be made safely, then there is no requirement to retreat before deadly force is used defensively.

Further, even in the situation where a CWFL holder is illegally in a bar when a mass shooting begins, the CWFL holder would still have a right to defend third parties without retreating if those third parties did not have a way to reasonably escape the mass shooter.

Ultimately, if a CWFL holder who stops a mass shooter is in a place they do not have a right to carry a firearm we would all hope that a prosecutor would use their discretion an not go forward with charges. Under the law a crime may have been committed, but hopefully a prosecutor will decide that justice is best served by not prosecuting the hero who saved the day.

As you can see, when you want to protect yourself and carry a firearm, you must know the laws of self-defense which are extremely complicated and can change based on the slightest fact. Therefore, if you want to stay armed, you must stay educated!