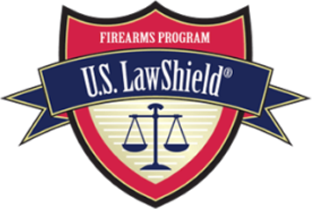 As we promised last month, we are going to update you monthly on our firm’s activity helping U.S. LawShield members. To review the year to date statistics we posted last month click here.

The Coverage is Real

For those of you who find it hard to believe that U.S. LawShield covers 100% of the legal fees of their members, this should help you see that their coverage is real.  All of the case examples below are members of U.S. LawShield that our law firm was hired by and paid by U.S. LawShield to help whose matters resolved during the month of May 2022.

We are an Independent Law Firm

We are not U.S. LawShield, we are an independent law firm hired by U.S. LawShield legal expense insurance company to help their members with self-defense and Second Amendment issues.

Your results may vary

Although the below results are 100% real, each case is different, and your results may vary.  Case outcomes are dependent on the facts of each case and these results may not be the result in your matter.

Cases Closed (These are all results – We do not hide negative outcomes if any):

M.C. – This was a rather interesting case. Originally charged as a felony cruelty to animals and misdemeanor discharging a firearm in public. The U.S. LawShield member shot and killed a dog that had killed his cat. We had a hearing on our Motion to Dismiss that was denied, however, at the beginning of the hearing the judge was not going to allow a defense under Florida Statute §767.03, which specifically says that it is a good defense to the killing or injuring of a dog, if the dog “had been” or “was” killing any domestic animal or livestock. Though she denied the Motion to Dismiss, the judge was convinced to allow the defense and the jury would have received an instruction telling them that it was a good defense to the killing of the dog in question if they found it had been or was killing the cat. The prosecutor only a few days before trial made an offer the client decided to accept, believing it was in his best interest to accept. In this case the matter concluded with a plea to 2 misdemeanor charges and a withhold of adjudication on both counts, meaning no criminal conviction.

A.M. – Notice of suspension of processing of CWFL application received by client. We were successful in getting her CWFL issued.

M.D. – Client charged with Battery. We successfully convinced the prosecutor to file a No Information dropping the charges.

E.S. – Notice of suspension of processing of CWFL application received by client. We were successful in getting his CWFL issued.

Q.C. – Got involved during pre-filing investigation for charges of Aggravated Assault with Deadly Weapon and Discharge of a firearm on residential property. Investigation concluded with No charges filed.

J.S. – Notice of suspension of processing of CWFL application received by client. We were successful in getting her CWFL issued.

O.A. – Got involved during pre-filing investigation for charges of Battery – Simple (touch or strike). Investigation concluded with No charges filed.

M.W. – Got involved during prefiling investigation. Client fired 2 shots into air to scare off vicious dog which had entered his fenced yard and was being aggressive toward his girlfriend and their dog. Investigation closed with no charges filed.

* Calls received on U.S. LawShield 24/7 attorney answered emergency hotline includes all calls answered by the attorneys of Katz & Phillips, P.A., “The Firearm Firm.” Many of these calls were not emergencies, but were accidentally made to the emergency line instead of U.S. LawShield’s business office. Our attorneys answer this line ever hour of ever day, all year long. Please ensure you are calling the correct number. We will not answer non-emergency questions on this line as it must be kept clear for those with emergencies.

^Emergency Self-Defense calls answered means the number of calls to U.S. LawShield’s 24/7 attorney answered emergency hotline for Florida, answered by the attorneys of Katz & Phillips, P.A., “The Firearm Firm.” This number indicates callers who had and were in the middle of emergency situations in which they needed the advice of an attorney immediately.